The green bike lanes are greatly loved by bikers worldwide. These send the clearest possible message to cars and vehicles. They convey that the roads are intended not only for cars.

Even cyclists have the right to travel on the same roads without fear for their safety as the massive cars and sport utility vehicles. Green cycle tracks have proven to be a great way to send the message that even cycles have the same sense of belonging to the road that cars have. 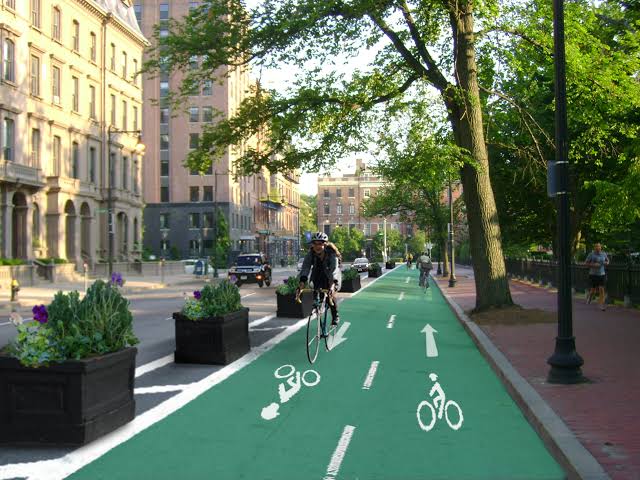 When there is a clear discrimination for cyclists, cars and other two-wheeled vehicles will not work on these lanes. This frees the ways from the traffic blocking by vehicles. Cyclists get a lane to themselves that they can use to increase their endurance. Removing clutter will remove all the chaos in rush hour traffic and help cyclists stay safe from oncoming traffic.

Many bike paths have faced the problem of skidding cycle tires on wet surfaces. Also, problems such as snow or spill can cause cyclists to slip and fall cycles. However, with advances in technology, there is now an answer to these challenges. Cement modified with polymers such as Endurable can prevent these problems.

Such surface coatings provide a protective film on top of the concrete surfaces or asphalt. They are designed in the hexagonal structure to prevent the accumulation of rainwater on the surface.

Drivers are alert when driving because they know now that they cannot drive in the designated place. This leaves the free zone for cyclists to use. It improves the condition of traffic and increases safety, even in times of peak traffic. Such a visible marking is a security mechanism that can prevent unwanted accidents occur.

These reasons show why green marking on the path of cyclists is a necessity for the movement of high density of today's vehicles.